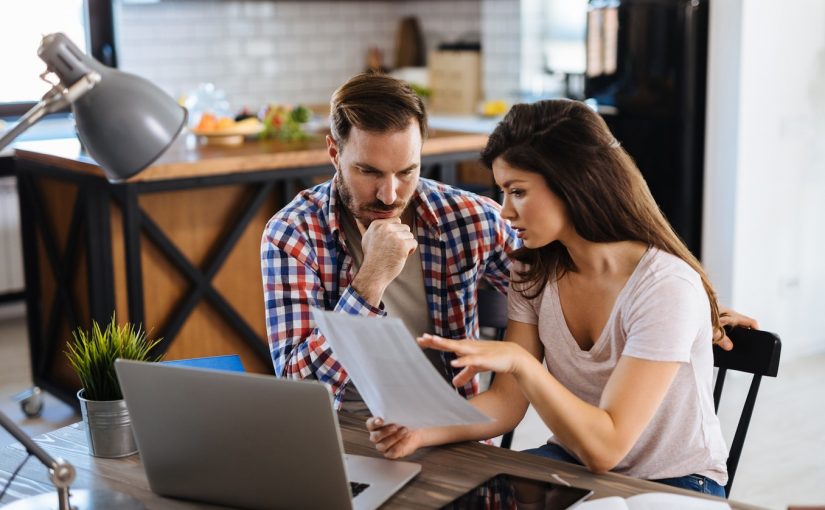 What the 2020 BC Real Estate Assessment Report is Telling You. BC Assessed Values Leave Homeowners, Buyers and Sellers with Questions
By Catherine Musgrove Jan 15, 2020

What Does it Mean for Current Homeowners?
It is natural to be concerned with decreases in assessed property values, your home is not worth as much you might have paid for it, or you may not get the return on investment you hoped. Your property assessment may not affect your market value.

Homeowners may also wonder if it will affect their ability to renew their mortgages if they owe more than their home’s current assessed value. Rest assured, in most cases, mortgage renewal should not be an issue. If you are renewing with the same lender and your credit standing has not deteriorated, then the process should be smooth.

The challenge may arise if you are changing lenders, trying to access more funds, suffer from poor credit, or trying to negotiate a new mortgage. If it is a straightforward renewal, don’t worry, you won’t be kicked out of your home because the assessed value has decreased.

Overall, the housing marketing across BC remains moderate, and Real Estate Agents are already anticipating a busy spring as buyers and sellers negotiate their dream home. Be aware of the assessment and what it means to your community, look at what you can afford, and then negotiate based on the market value for your neighbourhood.

Curious What Your Home is Worth? I would love to hear from you…give me a call to discuss your properties value and options. 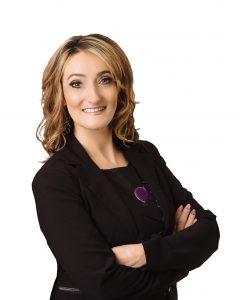 BC Assessed Values Leave Homeowners, Buyers and Sellers with Questions

REW.CA
What the 2020 BC Real Estate Assessment Report is Telling You
BC Assessed Values Leave Homeowners, Buyers and Sellers with Questions 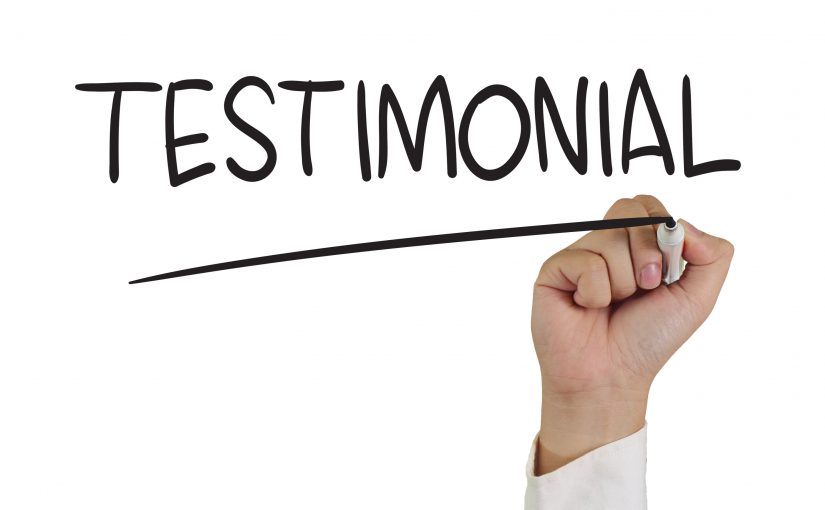 “This is our second time using Shannon to sell and buy a new home. She is a Super hardworking Realtor who goes above and beyond for her clients . We are moving to what is hopefully going to be our forever retirement home but if that changed Shannon would be our first call . We love Shannon” ❤️

With her High Standard of Performance since 2005, Market Savvy and Proven Track Record in Sales & Service, Shannon can provide you the expertise and personalized attention you expect & deserve.

Make a GREAT MOVE… Call Shannon today! She looks forward to hearing from you.

New zoning and secondary suites policy for Chilliwack cap off more than a year of study.

Secondary suites will now be permitted in most Chilliwack neighbourhoods dominated by single family detached homes.

The unanimous council vote Tuesday at city hall capped off more than a year of in-depth study on secondary suites, with the urgent goal of creating more affordable housing for Chilliwack.

“We are hopeful that these zoning amendments will ease some of the pressure on Chilliwack’s housing supply,” said Mayor Sharon Gaetz.

Secondary rental suites to be allowed in most Chilliwack neighbourhoods 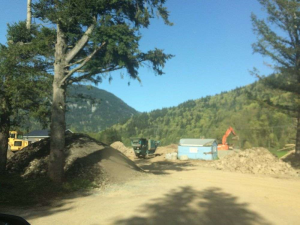 Harrison Hot Springs residents are worried a rock quarry proposed for a nearby mountainside will keep visitors away.

More than 1,500 people have signed a petition asking the Ministry of Mines to turn down an application by TC Merritt Valley Farms to remove about 120,000 tonnes of sand and gravel each year from a seven-hectare site near the highway into the popular tourism destination.

Dust and noise from blasting and crushing are a concern, as well as the environmental impact on a stream at the base of the proposed quarry, which drains into the Miami River.

Perfect Weekend /Holiday Getaway or Cozy Year Round Living! Wonderful picturesque setting with Majestic Mountain views from the front & back decks. Lovely Peter Ryan tree carving in the LARGE BACKYARD with fruit trees, garden and creek backing onto nature. What a picturesque setting minutes walk to the LAKE! Where watercraft fun and boat launch awaits. Needs some TLC. Hope offers an abundance of year round recreation, shopping, pool and hospital.

AT THE CONFLUENCE OF TWO RIVERS…
between the Coast Mountain Range and the Cascade Mountain Range, this hub of southern BC highways makes Hope a readily accessible destination from which to explore some of the most beautiful and dramatic BC wilderness. Within a half hour drive, there are awe-inspiring desert canyons, vast stands of coastal rainforest, rugged snow capped mountains, expansive alpine meadows and fast-flowing rivers.

FISHING
Kawkawa Lake is home to one of the most unique fisheries in the Upper Fraser Valley. Some of the fish include: Largescale Sucker, Northern Squawfish, Peamouth Chub, Prickly Sculpin, Redside Shiner, Threespine Stickleback, Lake Chub, Goldfish, Aleutian Sculpin, Crayfish, Painted Turtles. The lake is often busy with campers and swimmers during the summer, but is easily accessible. There is paved access to a boat launch, picnic sites and toilets located in the bay area on the south shoreline. There is a seasonal closure on Kawkawa Lake from Dec 1–Feb 28. Coordinates: N49°22.57′ W121°24.00′

LOCAL & PROVINCIAL PARKS
There are several provincial parks near Hope, BC. All are scenic and easily accessible. Some include Coquihalla Canyon, E.C. Manning, Silver Lake and Skagit Valley. If you prefer staying closer to town, visit Hope’s Memorial Park on Wallace Street or Kawkawa Lake just off of Kawkawa Lake Road. Learn more about our parks by visiting the Local & Provincial Parks page.

Kawkawa Lake Real Estate Homes for sale in Hope BC

Sardis, Chilliwack – Don’t Delay Viewing this Tidy 1981 Double Wide Home. Spacious 1300sf layout and TOP LOCATION, Tucked at the back of the cul-de-sac of this desirable 55+ retirement complex with RV Parking /Clubhouse.

1 Pet okay up to 15 inches to shoulder and max 15 pounds.
Pad rental $547 includes water & sewer, snow removal and on-site manager. 65+ taxes are $100 per year Manager approval required. For a copy of the rules of the Cottonwood complex please email shannonbsells@gamil.com
or Give me a call 604-795-1081

How Much Home Can You Afford Under New Mortgage Rules?

We love this super-useful chart by mortgage brokerage Dominion Lending Centres, which outlines how much you can get under the Bank of Canada’s posted interest rate (currently 4.64 per cent). This is the rate you’ll need to qualify under, if you have less than 20 per cent to put down, even though your contracted mortgage interest rate (what you’ll actually pay) will likely be much lower.

To use the chart, just select your household income from the column on the left. This is immediately followed to the right by how much that particular income would expect to qualify for under a rate of 4.64 per cent, in terms of a total mortgage balance (assuming a 25-year amortization). Tracing the line further right, you can see the total cost of the home you could afford under that new “stress test” rate, depending on your down payment percentage and amount.

Currently insured mortgages with a term of less than 5 years, and/or a variable rate mortgage had to qualify on the Bank Of Canada (B.O.C) rate.

Under the new Department of Finance regulations, all insured mortgages, regardless of term (fixed or variable) will now have to qualify on the B.O.C rate.

How does this affect a home buyer with less than 20% down payment?

The biggest effect will be on the amount that the home buyer will be able to qualify for. Previously, the five year fixed qualified at the lender contract rate. Now, the home buyer must qualify at the Bank of Canada Rate.

In a tepid economy, the healthy real estate sector attracts taxation and regulation

“In what may be a final hurrah for this expansionary cycle, Greater Vancouver posted another quarter of unsustainably high price appreciation,” said Phil Soper, president and chief executive officer, Royal LePage. “Our widely followed house price composite showed that the median value of homes in the tiny West Vancouver suburb increased by nearly forty per cent – or an astonishing million dollars – year-over-year. That said, relief appears to be on the way. For months, the number of homes trading hands has been slowing on eroding affordability. And, slower sales volumes lead to moderating prices.”

“Consumer confidence suffered a direct hit when the federal government introduced new, more restrictive regulations in early October,” said Soper. “While it is too early to say definitively, it appears Canadian homebuyers are adjusting quickly, and that fears of a hard correction were unwarranted. While the changes are significant, major lenders may already be using similar criteria when writing mortgages in sensitive regions like Alberta and B.C., so the additional drag on the market resulting from the new legislation won’t be as great as it appears on the surface.” 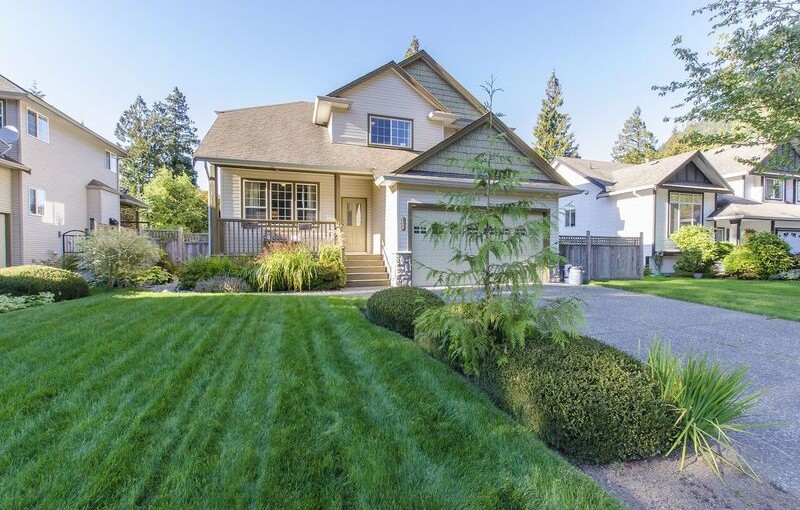 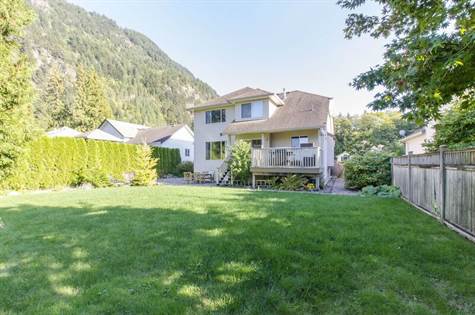 Harrison Hot Springs, Vancouver Coast & Mountains – We invite everyone to visit our open house at 511 Cottonwood Ave on October 8 from 11:00 AM to 14:30 PM.

YOU’LL LOVE ESCAPING the HUSTLE & BUSTLE of the City…to this SWEET RETREAT LAKESIDE Beautifully Fully RENOVATED CABIN! Absolutely Picturesque Setting backing acreage nestled amongst mature trees and nature. Listen to the birds and sound of the delightful babbling creek from your wrap around porch and EXTRA LARGE DECK.

Loads of parking for RV/Boat.

Only 1 block from watercraft fun and boat launch on beautiful Kawkawa Lake. Minutes to shopping, hospital and Recreation facilities

Give me a ring for more details!